05/18/1995: This was the day when the "Oliva case" began. The father described in his book "Olivia - Her fateful story" how terrible his daughter had to suffer. It tells the story of persecution and suffering.

In retrospect, the case of little Olivia Pilhar clearly showed how ruthlessly the syndicate or cancer mafia could violate all human rights without any consequences, and how the "free press" and television synchronously reported the same. The latter exploited the case to the benefit of conventional medicine. Everything pointed to a "final battle" of conventional medicine against Germanische Heilkunde®, which was planned and carried out by the highest state authorities. 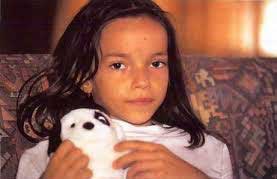 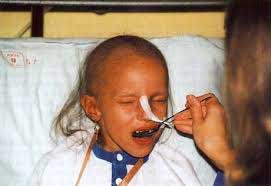 07/25/1995: Parliamentary Question of the Green Party (Austria) is rejected by the responsible ministries.

08/04/1995: The "Zentrum für Neue Medizin" (Center for New Medicine) in Burgau (Austria) is searched on the basis of an arrest warrant issued in Austria against Dr. Hamer, and all computer files are confiscated. By using the data of patients who came to the "Center for New Medicine" from 1990 to 1995, they wanted to charge Dr. Hamer with "involuntary manslaughter". However, the Public Prosecutor's Office had to admit that 6,000 of 6,500 patients were still alive. Most of the patients who arrived in Burgau were severely pre-harmed by conventional treatment.

08/18/1995: Live program on 3sat (3nach9) with Dr. Hamer and Eng. Helmut Pilhar. One would think that journalism has destroyed itself in this live broadcast. The opposite is the case– the crime against humanity continues.

Please note: Only a profound understanding of the biological processes in your body will help you to avoid panic and subsequent conflicts and therefore serious complications in the course of a SBS. Never rely on so-called therapists! Right now you can only help yourself by studying Germanische Heilkunde for your own sake and live by it! Please understand, this is why we do not answer any questions regarding therapy or symptom interpretation.